Death, Rebirth, and the Decision - Part One 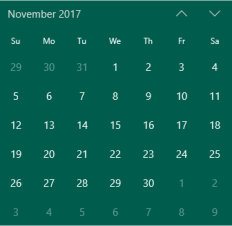 November, 2017 - somewhere in the middle of the month.  I was "forced" to make a decision about what DAW software to use. Why?  Let's start there with this Part One in a series.  I'll get to the details of where this goes from here in later posts, but this is a good starting point.

Gibson owned the software Sonar for several years.  I took a long break from updates to the Sonar system due to lack of time to dedicate to the hobby and lack of funds to go with it - I simply couldn't justify spending the $15/month for a hobby I wasn't really spending any time with.  I'd been using Cakewalk/Roland/Gibson Sonar for many years, updating pretty much every year until the X-series came along, where I got X1, din't like it, skipped X2, got X3 and saw as an improvement, but couldn't get with the program on the Platinum releases.  I wasn't really convinced that the monthly updates would amount to much or at least not often.  So I stopped updating for about 2 years.

Then in June, 2106, there was a forum announcement. I don't really even know why I looked. I had stopped participating in the forum as well, being a previously VERY active member there. One evening, I just happened to log back in to see what was new and saw this "big news coming" announcement. What could it be?

It turned out to be the "Lifetime Updates" announcement (and a Mac version that made it sound like the sky was falling for many - but never really came to fruition). For so many then, the offer looked like a cash grab. They were going to take our money and rename the product and then the updates would end, some suggested. They were going out of business, others said - met with droves of people calling them naysayers (who turned out to be right, after all).

I looked at this as an opportunity. I would really get two things:

1. All of the updates that had come from the time Platinum was released after X3

2. Continuing updates for whatever period of time this was to go on - at least 2038, I think.

All for the price of $199 (for me - others had different pricing options dependent on what they had already bought into with the Platinum subscription, previous version levels, etc).

What a deal.  For that price, I would typically have gotten about 13 months on the Platinum subscription.  I was already getting at least 18 months worth of back updates from X3 to present, so I was already in.  If the company lasted a year or more, then this was surely a fantastic deal, right?

Awesome. And it really was. For the first time, I got all of these extra features, some bug fixes, a few new instruments and effects, and much more and then an ongoing, monthly update that actually had value almost every time. It was like a monthly gift.

November, 2017 - somewhere in the middle of the month. Well after the news was already out, I read about it. I saw a post on Facebook go flying past. Gibson is shutting down Sonar. Oh man. My heart sank. My "Lifetime Updates" were to be 16 whole months - a little longer than the lifetime of a house mouse. Sad. What kind of nonsense is this? I (and every one else) asked. Those who predicted it claimed the loss proudly. Those who were in for "lifetime" left feeling VERY discouraged and taken advantage of. Was this planned? Surely this was planned. Many denied that it was. Who knows.

I believe the Lifetime Updates were intended to be something different and someone in management blew it and gave away more than they should have, which actually didn't probably hurt the already dying beast, but in hindsight, it sure looked like it did!

No comments made yet. Be the first to submit a comment